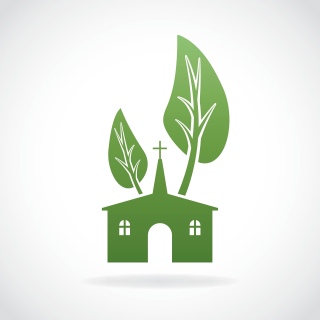 I’ve been exposed to a lot of church growth books and materials over the years. I’ve seen programs, systems, agendas, theories, and campaigns.

A question we must wrestle with is how do we measure success?

Perhaps you’re expecting me to diminish a focus on numbers and reaching the multitudes and emphasize spiritual factors that are harder to quantify. Things like spiritual maturity and growth in Christ’s likeness.

Actually, I’m not suggesting that we focus on or emphasize either to the neglect of the other.

Can’t we think about both?

Sadly, our modern Christian culture often demands that we pick and choose. Should we be a seeker-sensitive church that uses every means possible to gather as many worldly people as we can to be exposed to the message? Or should we limit our groups to a manageable size so that we can build greater accountability, depth of relationships, and do life together?

Where does the Scripture tell us that we must choose?

Sadly, we’ve been offered a multitude of less-than-ideal options. As a result our local churches – whatever end of the spectrum they fall on – are falling short of Christ’s ideal.

Just so you don’t think I’m picking on anyone I’ll give two examples on opposite extremes.

Deep, But Not Wide

Often the small, discipleship focused church emphasizes that Jesus only had superficial contact with the multitudes. Instead, our Lord focused on a small group of committed disciples. In fact, Jesus devoted more personal time and attention to Peter, John, and James than the rest of The Twelve.

Unfortunately, the disciple-making church often fails to recognize that the amount of time and dedication Jesus and the disciples had for one another is world’s apart from our current church schedules. Only cults that demand their followers sell everything and follow their leader could make a reasonable claim to be doing discipleship like Jesus.

Wide, But Not Deep

The seeker-sensitive type model seeks relevancy at all costs. This often means bringing all sorts of worldliness into the worship service and claiming that they are redeeming the culture. The rationale to the endless use of entertainment, media, and activity is based on the apparent reality that it “works.” While the Bible may not explicitly endorse any of the seeker-sensitive models methods per se, it doesn’t necessarily forbid them either. Where is the passage that says, “Thou shalt not use fog machines”?

Unfortunately, the seeker model also fails to achieve what it’s aiming at. And, the devil loves pragmatism. When we appeal to “what works” to the neglect of a biblical mandate we are the epitome of walking by sight and not by faith.

The local churches we read about all throughout the New Testament were pretty amazing. Don’t get me wrong – they had their share of problems just like we do. This is why we shouldn’t lose hope. Even dysfunctional local churches can be used mightily for the Lord.

But that doesn’t mean that we shouldn’t repent when necessary. We always need to re-focus our energy into more God-honoring pursuits over time.

When we look to the pages of Scripture we see deep churches. Churches where life change was expected and obvious. Numerous examples could be cited. Here’s one from the most notoriously messed up church in all of Scripture:

Or do you not know that the unrighteous will not inherit the kingdom of God? Do not be deceived; neither fornicators, nor idolaters, nor adulterers, nor effeminate, nor homosexuals, nor thieves, nor the covetous, nor drunkards, nor revilers, nor swindlers, will inherit the kingdom of God. Such were some of you; but you were washed, but you were sanctified, but you were justified in the name of the Lord Jesus Christ and in the Spirit of our God. (1 Corinthians 6:9-11, bold added)

Shouldn’t we expect the same today?

When we fail to expect transformational grace we are in active disobedience to Scripture. In the same letter, Paul writes his apostolic counsel regarding associating with “Christians” who are living openly sinful lives. The short version is, “Don’t.”

But actually, I wrote to you not to associate with any so-called brother if he is an immoral person, or covetous, or an idolater, or a reviler, or a drunkard, or a swindler– not even to eat with such a one. (1 Corinthians 5:11)

I know, I know. Paul was wayyyy too judgmental to be part of many of our local churches today.

Shouldn’t it alarm us that we’ve so strayed from the apostolic foundation? Many local churches actively disobey this Scriptural command proudly.

We are told that emphasizing holiness will diminish our ability to reach people. Nevertheless, New Testament churches focused on holiness without limiting their reach. The Apostle Paul was shockingly serious about personal holiness amongst the fellowship of believers. He was also able to fully evangelize all of Asia in just two years.

This took place for two years, so that all who lived in Asia heard the word of the Lord, both Jews and Greeks. (Acts 19:10, bold added)

Paul didn’t spend a ton of resources on events. He didn’t make use of Easter, Christmas, and Mother’s Day services and their inflated attendance to boast of reaching multitudes.

He simply taught that Jesus was the Christ. From the Old Testament Scriptures. Every day.

It was effective. He was just one guy.

You know of any local churches today that have reached entire countries in two years? Any that could actually say that they reached everyone who lived there with the word of the Lord?

If you do know any it’s a short list for sure.

Some will object. Paul was an Apostle. His ministry shouldn’t be the benchmark for our congregations and ministries today. Right?

Let me simply remind you that this was common practice in the New Testament churches.

The church at Thessalonica had a rocky start. When Paul first went and preached a few believed. The majority formed a mob. Paul fled. You can read about this in Acts 17:1-10. When Paul arrived at the next location they are compared favorably to the lousy reception received in Thessalonica:

Now these were more noble-minded than those in Thessalonica, for they received the word with great eagerness, examining the Scriptures daily to see whether these things were so. (Acts 17:11)

Since Paul wasn’t able to spend much time with the few believers they understandably had some theological problems to work out. Paul wrote them a letter shortly after being run out of town. It had been less than a year since he came and preached and this is what he writes about them:

You also became imitators of us and of the Lord, having received the word in much tribulation with the joy of the Holy Spirit, so that you became an example to all the believers in Macedonia and in Achaia. For the word of the Lord has sounded forth from you, not only in Macedonia and Achaia, but also in every place your faith toward God has gone forth, so that we have no need to say anything. (1 Thessalonians 1:6-8, bold added)

This little group of confused believers was having a global impact in less than a year. Not too shabby.

All of our modern mega-churches pale in influence to even the most basic New Testament congregation.

The purpose of this post is not to criticize. It’s to encourage. The New Testament churches had very few of the resources and advantages we have today. Our problem is not outside of our ability to fix. We just need to adjust our focus and our systems.

Now to Him who is able to do far more abundantly beyond all that we ask or think, according to the power that works within us, to Him be the glory in the church and in Christ Jesus to all generations forever and ever. Amen. (Ephesians 3:20-21)

Abundantly beyond all that we ask or think.

His power is at work within us.

To Him be the glory in the church and in Christ Jesus.

To all generations forever and ever.

We need to stop settling. We need to set our sights higher. The reason we’re not seeing the same impact is because we’ve radically strayed from Jesus’ design for His church.

Instead of doing it Jesus’ way, we keep on looking for models to emulate that seem to bring the results we value most. We have convinced ourselves that the pendulum swings and we must choose. In reality, every option that we’re being offered is less than the biblical ideal.

We have been brainwashed into thinking that we must choose from the buffet of available options. The truth is we are allowed to break free from the mold of our culture. Even our “Christian” culture!

We don’t need to settle. We can reclaim what has been forgotten. It’s not really that complicated. That doesn’t mean it will be easy though.

The Scriptures describe our present situation as a spiritual battle. Thank God that it is Jesus who will build His church. It’s not us. Do we believe that He is able?

We just need to do it His way. Are you willing?

The Forgotten Officer: Restoring The Fullness of God’s Design