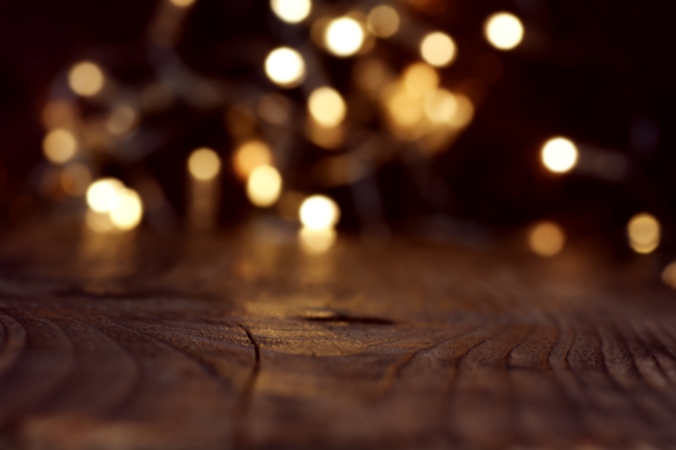 We live in a crooked and perverse world. The darkness can cause people to lose hope.

But the Bible doesn’t promise this without qualification.

It doesn’t say that these promises are yours if you put them on a bumper sticker. It doesn’t say this will be true if you wear it on a t-shirt or sing it loud enough. These offers aren’t promised if you have them memorized or written on a refrigerator magnet.

We are supposed to take hold of these amazing promises by pressing on toward the upward call of God in Christ Jesus.

The Apostle Paul wrote to the church in Philippi while imprisoned for preaching the gospel. The Philippian church had been established by Paul and Silas (Acts 16:11-40). While in Philippi the first time they suffered for the gospel.

But about midnight Paul and Silas were praying and singing hymns of praise to God, and the prisoners were listening to them (Acts 16:25)

They had every earthly reason to complain, grumble, and despair. But they lived with their eyes on heavenly things, not earthly things. They found reason to sing praise to God in the midst of suffering.

In the midst of their praise they were delivered. The jailer was converted. Salvation came to his household.

Several years later, Paul is in jail again for preaching the gospel. The Philippians have heard about his imprisonment. They had sent to him one of their own, a man named Epaphras. While ministering to Paul, Epaphras had fallen very ill and almost died.

There were opponents of Paul’s in Philippi, too. They were trying to cause trouble for him. There were others preaching different versions of Christ and alternate gospels. There were even some serious and aggressive disagreements between two ladies in the church.

That’s a lot of stuff.

So Paul wrote them a letter. He gave them an update about his own circumstances. They weren’t great. But he encouraged them. He told them that God was at work even in these difficult circumstances.

Now I want you to know, brethren, that my circumstances have turned out for the greater progress of the gospel (Philippians 1:12)

Paul encouraged these believers in Philippi to rejoice in the midst of suffering and brokenness. He told them to look beyond the earthly to the heavenly. The gospel was advancing despite the difficulties.

Suffering is part of the Christian life. Paul did not rebuke the Philippians for suffering. He encouraged them to live worthy of the gospel in the midst of suffering.

Only conduct yourselves in a manner worthy of the gospel of Christ, so that whether I come and see you or remain absent, I will hear of you that you are standing firm in one spirit, with one mind striving together for the faith of the gospel; in no way alarmed by your opponents– which is a sign of destruction for them, but of salvation for you, and that too, from God. For to you it has been granted for Christ’s sake, not only to believe in Him, but also to suffer for His sake, experiencing the same conflict which you saw in me, and now hear to be in me. (Philippians 1:27-30)

So then, my beloved, just as you have always obeyed, not as in my presence only, but now much more in my absence, work out your salvation with fear and trembling; for it is God who is at work in you, both to will and to work for His good pleasure. (Philippians 2:12-13)

Obey the Lord. Work out your salvation with fear and trembling. God is at work in you.

This isn’t bumper sticker Christianity. It’s not a cliché. This is the real stuff.

Paul says he strives for this. Strives. Like a sprinter trying to win a competitive race. He’s not casual about it. He is exerting all his effort toward this end. Not for earthly comforts. Not for a comfy retirement. And he says every Christian should have this same attitude.

I press on toward the goal for the prize of the upward call of God in Christ Jesus. Let us therefore, as many as are perfect, have this attitude; and if in anything you have a different attitude, God will reveal that also to you; however, let us keep living by that same standard to which we have attained. Brethren, join in following my example, and observe those who walk according to the pattern you have in us. (Philippians 3:14-17)

Paul pressed on toward the upward call of God in Christ Jesus. He said every Christian should follow the same example. He even went so far in the next verse to say that those who refuse this pattern live as enemies of the cross.

For many walk, of whom I often told you, and now tell you even weeping, that they are enemies of the cross of Christ, whose end is destruction, whose god is their appetite, and whose glory is in their shame, who set their minds on earthly things. (Philippians 3:18-19)

Instead of setting our minds on earthly things, Paul tells us to think differently. Aim higher.

Then Paul finally gets around to those amazing promises. Most people want to start where Paul ends. As a result, we often leave out the stuff Paul spent most of the time talking about.

The promises all fit on refrigerator magnets. But they don’t fit in real life experience if they are separated from their context. Apart from a life worthy of the gospel they are just hollow clichés. But united with a life of faith these promises are enough to get you through the most difficult of circumstances.

Be anxious for nothing, but in everything by prayer and supplication with thanksgiving let your requests be made known to God. And the peace of God, which surpasses all comprehension, will guard your hearts and your minds in Christ Jesus. (Philippians 4:6-7)

The things you have learned and received and heard and seen in me, practice these things, and the God of peace will be with you. (Philippians 4:9)

The God of peace will be with you. If you practice the things you learned, received, heard, and saw in Paul’s own life.

And my God will supply all your needs according to His riches in glory in Christ Jesus. (Philippians 4:19)

My God will supply all your needs. If you live lives of generosity and worthy of the gospel pressing on toward the upward call of God in Christ Jesus.

We need the grace of God. We need to humble ourselves, take our eyes off of earthly things, and focus on God’s eternal purpose. We need to stop rejoicing only when we feel like it and rejoice always knowing that God is good.

We need to stop trying to manipulate God to do our will and pleasure and start working out our salvation with fear and trembling; for it is God who is at work in you, both to will and to work for His good pleasure. Then we can rest in God’s goodness and enjoy His amazing blessings in the midst of this dark and broken world.

Do all things without grumbling or disputing; so that you will prove yourselves to be blameless and innocent, children of God above reproach in the midst of a crooked and perverse generation, among whom you appear as lights in the world, holding fast the word of life, so that in the day of Christ I will have reason to glory because I did not run in vain nor toil in vain. (Philippians 2:14-16)

Any other pursuit is vain. They may promise to be worthwhile but they will prove empty in the end. Living according to the upward call will not only be a blessing to you but will let your life shine in the darkness so that others may turn to Christ and be saved.

2 thoughts on “The Upward Call”