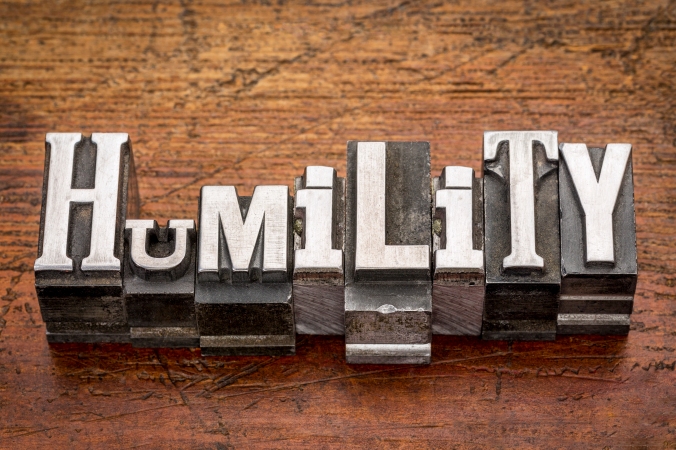 Our family is memorizing the book of James together.

As a parent, I’m delighted to hear my children recite the words of Scripture each week. The older kids are doing a great job. It is easier for some than for others. All of them are putting in the time required to learn.

The younger kids are also participating by hearing us recite what we’ve learned. They, too, can recite big chunks of Scripture that they’ve memorized simply by hearing their siblings and parents practice. It’s not required for them but it is adorable.

As a Christian, the practice of memorizing Scripture is always fruitful. Hiding God’s Word in your heart and meditating on it day and night has wonderful implications for your character and formation into Christ’s likeness. I’ll never stop being amazed at how often the passages we’ve memorized become immediately relevant to daily life and interactions.

Therefore, putting aside all filthiness and all that remains of wickedness, in humility receive the word implanted, which is able to save your souls. But prove yourselves doers of the word, and not merely hearers who delude themselves.

The first verse tells us what to do and how to do it. The second tells us the importance of actually doing what we hear.

The “word” that you are to receive in humility is modified by two phrases. First, the word is implanted. This means it has been put there by something or someone outside of you. In other words, it was not naturally occurring. It had to be implanted from elsewhere. Specifically, this word comes from God.

Not yours only. It is able to save the souls of all who receive it in humility.

You can’t save your own soul. You don’t have that power. But God can. And in His grace He has given a way for your soul to be saved. It doesn’t come by your own power. It comes by humbly receiving the word implanted.

James lays out some preparations leading up to this simple command to receive the word. He tells his readers to put aside all filthiness and all that remains of wickedness.

We have to be careful here. James isn’t telling us to save ourselves before we can be saved. Quite the contrary.

It is difficult to receive the word in humility. It is unnatural to us. It becomes impossible if we won’t rid the thorns and thistles of filthiness and wickedness first. They will choke out the implanted word.

James tells those who have the word implanted to cultivate the soil of their own hearts. Remove obstacles for the growth of the word. His letter was written to those he considered brothers. This encouragement is to believers.

The command to a non-believer would be different. Repent. No longer be unbelieving. Believe the gospel. Trust in Christ. Once that transition has happened then James’ encouragement is for you.

For the believer, James exhorts you to clear out the weeds of filthiness and wickedness that remain from your old way of life. Do this so that you can humbly receive the new life from the word that has been so graciously given and has the power to save your soul.

Often people claim to be Christians because they’ve said a prayer, raised a hand, or walked an aisle. They have been told, in some cases, that this is the evidence that is necessary to judge their own salvation. James gives different counsel.

James says to prove yourself. Other translations use the simpler phrase, “be doers.” The verb is the command form of “to be.” James is very clearly saying that this word, if it has actually been implanted, if it is actually saving your soul, has power to change you. If it isn’t changing you, James says you are deceived. If you don’t live according to the word you are deluding yourself.

James says you don’t have what you think you have if you are a hearer only. The prideful heart thinks it can do as it pleases and still claim the promises of God. The humble heart submits itself to God and lovingly obeys their Savior and King.

We aren’t the first generation of God’s people to wrestle with these things. I am reminded of what God said through the prophet Ezekiel. His hearers thought they were good because they listened and enjoyed hearing God’s word:

“They come to you as people come, and sit before you as My people and hear your words, but they do not do them, for they do the lustful desires expressed by their mouth, and their heart goes after their gain. Behold, you are to them like a sensual song by one who has a beautiful voice and plays well on an instrument; for they hear your words but they do not practice them.” (Ezek 33:31-32, bold added)

Listening and enjoying isn’t enough. Judgment was coming upon them. Matthew 7 contains a similar warning from Jesus’ own lips:

“So then, you will know them by their fruits. Not everyone who says to Me, ‘Lord, Lord,’ will enter the kingdom of heaven, but he who does the will of My Father who is in heaven will enter. Many will say to Me on that day, ‘Lord, Lord, did we not prophesy in Your name, and in Your name cast out demons, and in Your name perform many miracles?’ And then I will declare to them, ‘I never knew you; DEPART FROM ME, YOU WHO PRACTICE LAWLESSNESS.’ Therefore everyone who hears these words of Mine and acts on them, may be compared to a wise man who built his house on the rock.” (Matt 7:20-24, bold added)

Don’t be deceived my dear friends. Don’t delude yourselves. By the grace of God, rid your lives of all that would hinder you from receiving God’s word in humility and acting in accordance with what He has revealed.

Praise God for His grace. Be doers of the word.